June 4, 1896, Henry Ford drove his first car–a trolley frame with four bicycle wheels of the carriage on the street in Detroit. 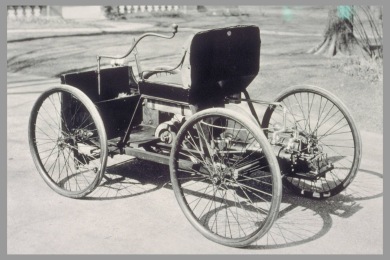 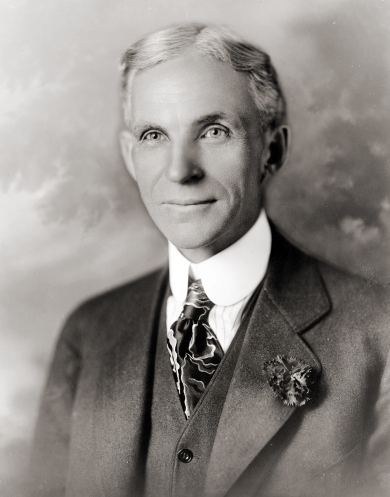 October 1, 1908, Ford introduces the Model T, which became one of the most popular cars in the world. Production officially ended in May 1927 after total world production of 15,458,781. 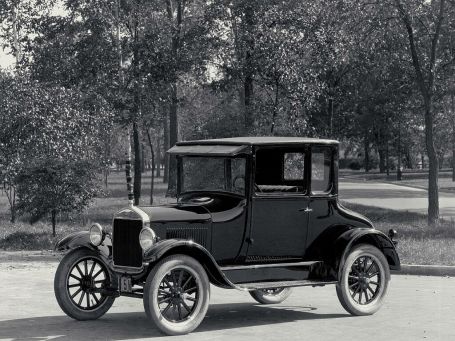 1911, the first factory outside North America was built in Rochester, England.

October 7, 1913, The Highland Park plant in Michigan begins operations as the first moving automobile assembly line in the world. There is a Ford Model T off the production line every 10 seconds. 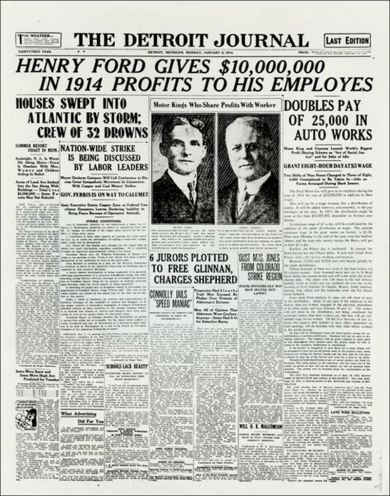 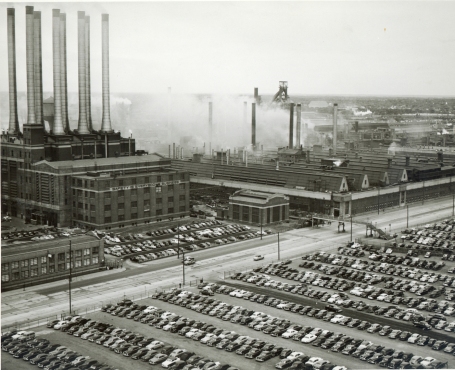 October 27, 1927, Ford started the production of Model A in Rouge factory.

March 9, 1932, Ford become the first company of successful casting a V8 engine cylinder body as a whole in the history.

In 1935, Ford created the Mercury brand, filling the gap between Ford and Lincoln.

March 1, 1941, Ford begins to produce general-purpose “Jeeps” for the U.S. military and shifts completely to military production starting in Feb.

January 16, 1948, Ford produced the first F – series pickups, which is one of the most successful in history of automobile. 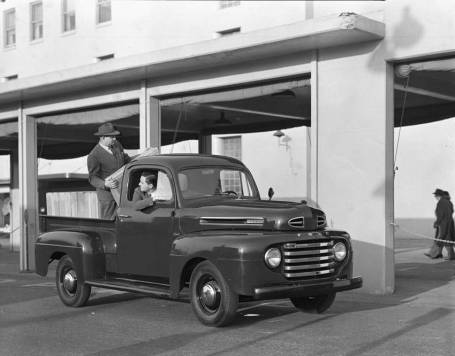 October 22, 1954, Ford launched the Thunderbird. This is by far the most successful small sports car in American history. 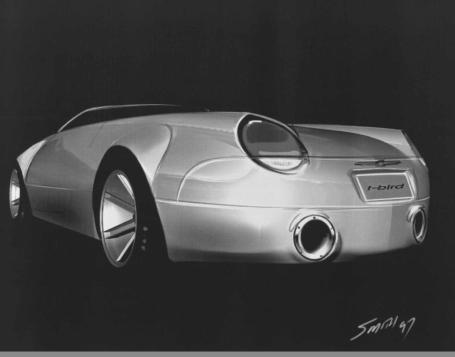 December 31, 1988: Ford’s worldwide earnings were $5.3 billion, the highest of any auto company to date.

Dec. 1, 1989, Ford spend $2.5 billion to buy Jaguar Cars. Investing to the revitalization of the British luxury car brand, finally made the Jaguar’s annual sales of more than 100000 vehicles.

May, 2001, Ford Motor unilaterally recalls 13 million more tires and Bridgestone/Firestone dumps Ford as a customer, saying Ford was using the tire maker as a scapegoat to deflect attention from problems with the Ford Explorer. Federal investigators ultimately concluded that tire defects were the main cause of the rollovers.

July 11, 2005, Ford’s new gas-electric hybrid SUV, the Mercury Mariner, goes on sale. It costs $4,000 more than the gas-only version and has the endorsement of the Sierra Club. 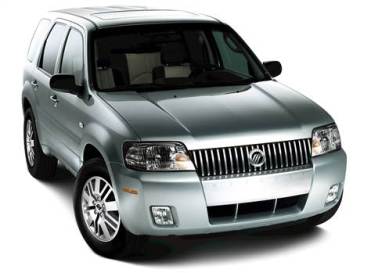 December 22, 2005, The United Auto Workers agrees to a deal with Ford in which 99 cents an hour of any future wage increases will go towards a health-care fund. Insurance deductibles will rise by as much as 33 percent, and the costs for current retirees will also go up. The changes will save Ford about $650 million a year. (Ford’s health-care bill for 2005 was $3.5 billion.)

December 23, 2005, Ford announces it will transfer $2 billion to shore up Jaguar Cars, which it bought in 1989 for almost $3 billion in today’s prices. 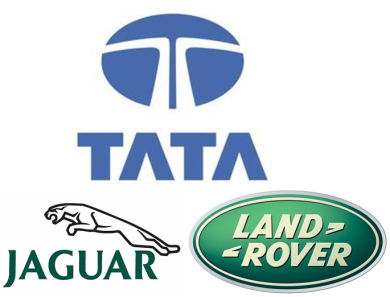 June 2, 2010, ford motor company announced the sale of its high-end brand Volvo to Geely from China, at the same time stopped all business of Mercury brand, and will move all the resources to Lincoln.